Decades of research have led us to a unique perspective that neurodegenerative diseases all lie on the same ParkinZheimer spectrum. Learn about how our ParkinZheimer’s approach leads to a breakthrough.

We’re working hard to apply this discovery science to detect similar biomarkers for ParkinZheimer spectrum disease. By tracking the biomarkers, we’re on the fast-track to speed-develop drugs to stop Alzheimer’s, Parkinson’s, and other dementias. Let’s dive in for a more in-depth look.

During the past three decades, Alzheimer’s and Parkinson’s drug development and clinical trials have failed to find a cure despite hefty spending of over US$100 billion worldwide. The handful of drugs that have been approved by the US Food and Drug Administration (FDA) over this period offers only limited symptomatic relief but nothing approaching a cure.

And yet, the need to find a cure for Alzheimer’s and Parkinson’s has never been greater.  The number of people in the US diagnosed with Alzheimer’s, and Parkinson’s is currently estimated at 5.8 million and 1 million, respectively.  These numbers will increase nearly threefold by 2050 without effective treatments, according to The Alzheimer’s Association and Parkinson’s Foundation.

These organizations also project that the combined cost of caring for Alzheimer’s and Parkinson’s patients in the US will rise to approximately $1.3 trillion by 2050, threatening our economy.

At Amprion, we believe the lack of successful drug development over the past three decades is mainly due to how Alzheimer’s and Parkinson’s are perceived–as two distinct diseases belonging in separate silos.

To innovate new biomarker-targeting drugs, our scientists have developed breakthrough technologies to diagnose Alzheimer’s and Parkinson’s based on their critical biomarkers, aka misfolded proteins, or prion-proteins. Thanks to advancements in molecular biology, for the first time in history, we are empowered to detect the biomarkers that drive ParkinZheimer. Early and with accuracy.

The ParkinZheimer paradigm gives us a new lens to look at neurodegenerative diseases.

Through our biomarker detection science, pharmaceutical companies gain a 20/20 vision to select the right patient samples for clinical trials, speeding to cures.

The ParkinZheimer paradigm gives us a new lens to look at neurodegenerative diseases.

Through our biomarker testing, pharmaceutical companies gain a 20/20 vision to select the right patient samples for clinical trials, speeding to cures.

To understand the ParkinZheimer spectrum viewpoint, let’s look at our approaches in dealing with Alzheimer’s and Parkinson’s and their similarities and differences.

Historically, Alzheimer’s and Parkinson’s have been viewed as two completely different diseases.  This viewpoint has remained unchanged for more than 100 years.

Funding opportunities for Alzheimer’s generally excludes Parkinson’s and vice versa. Neuroscientists and clinicians are encouraged to focus their careers on one of the diseases.

The National Institutes of Health (NIH) even go so far as funding research for these diseases from completely different institutes.

According to a government website, www.clinicaltrials.gov, there are currently:

Historically, Alzheimer’s and Parkinson’s research has been kept in separate silos, with no cross-fertilization or collaboration. And yet, these two diseases share many similar characteristics.

Historically, Alzheimer’s and Parkinson’s research has been kept in separate silos, with no cross-fertilization or collaboration. And yet, these two diseases share many similar characteristics.

Similarities Between Alzheimer's And Parkinson's

As science advances, molecular biology has opened the door to uncovering new biomarkers, enabling us to identify, localize, and track different disease types with high accuracy and confidence.

The biomarker profile of various misfolded proteins has led us to perceive Alzheimer’s and Parkinson’s as closely linked diseases that share surprisingly similar traits:

We now are equipped with the power to diagnose ParkinZheimer Spectrum diseases based on misfolded protein biomarkers rather than clinical symptoms. With this breakthrough, we are racing to find a cure for ParkinZheimer.

Learn more about the misfolded protein biomarkers for ParkinZheimer.

To find cures for Alzheimer’s and Parkinson’s,  we need to focus on the similarities, not their Differences. 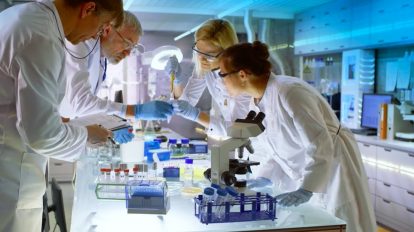 The ParkinZheimer paradigm expands the horizon in research and accelerates diagnostics and treatments by connecting all the silos. It is time to work together to consolidate our knowledge base to understand the ParkinZheimer spectrum better.

The similarities between these diseases stem from their shared origins as misfolded protein or prion diseases. By focusing on the similarities between Alzheimer’s and Parkinson’s rather than the differences, we can unleash the combined creativity, innovation, and brainpower of thought leaders in both fields.

Based on our analysis and research, we believe Alzheimer’s and Parkinson’s are related diseases on the same ParkinZheimer spectrum.

Let us reiterate that ParkinZheimer is not caused by the aging process, contrary to centuries-old thinking. Instead, these diseases appear to be initiated either at birth or during the first half of life, triggered by events described earlier.

Once the misfolding process is triggered, the Asymptomatic Stage starts, and the Disease progresses undetected for decades, causing invisible, irreversible damage in the brain along the way. By the time we seek help at the Symptomatic Stage, it is already TOO LATE.

The traditional viewpoint has governed the way we’ve been analyzing, designing, and evaluating drug development and clinical trials over the past three decades, offering limited benefit to patients, caregivers, and physicians.

Science has advanced to expand our horizons to think of these diseases as a spectrum.

This paradigm shift focuses our attention on Parkinson’s and Alzheimer’s similarities instead of their differences. We aim to gather newfound knowledge on how and when ParkinZheimer starts in the human body through our Prion Detection Science. The goal is a race to find cures!

We expect the commercial rollout of Amprion’s first test of Misfolded Protein Synuclein in Q2 of 2021.

Learn more about Amprion’s diagnostic tests for Alzheimer’s and the biomarker test for Parkinson’s.

How are Parkinson's and Alzheimer's related?

Both Alzheimer's and Parkinson's are now believed to result from destruction of brain pathways caused by proliferation of prion-like particles composed of misfolded synuclein and tau proteins. These prion-like particles are responsible for irreversible cell death that spreads from cell to cell through established connections. Almost all cases of Alzheimer's contain tau prions, but up to 40% may also contain synuclein prions. Conversely, almost all Parkinson's cases contain synuclein prions, but tau prions appear to be present in a significant percentage as well. While Parkinson's initially presents as a motor disease and Alzheimer's presents as a cognitive disease, these differences may blur as both diseases progress. At Amprion, we refer to these diseases under a common classification, the ParkinZheimer Spectrum.

ParkinZheimer is a term coined by Amprion to represent the full spectrum of neurodegenerative diseases affecting motor, cognitive, autonomic and emotional health. ParkinZheimer includes Alzheimer's at one end and Parkinson's at the other. We now understand that there are relatively very few cases of pure Alzheimer's and Parkinson's cases and that most patients lie somewhere in the middle of the spectrum with a combination of cognitive and motor symptoms. ParkinZheimer Spectrum diseases share a common origin in misfolding and replication of normal brain proteins whose misfolded forms are toxic to the brain. The three major misfolded proteins affecting ParkinZheimer patients are Abeta, Tau and Synuclein. Each patient may have a unique combination of misfolded forms of these proteins in various regions of the brain, and the particular protein plus the location determines the symptoms and progression.

What are examples of ParkinZheimer?

Currently, ParkinZheimer diseases are diagnosed clinically and by imaging of the brain. There is considerable overlap in clinical presentation among various ParkinZheimer Diseases, and imaging works best at more advanced stages of disease. As a result, early disease diagnosis is extremely challenging, and patients often receive multiple diagnoses as the symptoms progress. New diagnostic biomarkers involving detection of misfolded abeta, tau and synuclein will revolutionize the early detection of these diseases using samples from CSF, Blood and possibly tissue biopsies.
Be brave enough to live life creatively. The creative place where no one else has ever been.
Alan Alda
Actor & Parkinson's Advocate
Get Tested
Why Early Detection