Here are the key statistics about PD:

The cause of Parkinson’s is still under intense investigation. However, research shows that the disease is related to the protein Synuclein.

When normal Synuclein misfolds into toxic shapes, they become prions. The misfolded Synuclein causes damage to the brain.

Some key early signs are distinct from the typical PD motor symptoms including:

About 60% of people with Parkinson’s symptoms go on to develop the disease within 10 years.

There are four major stages.

During this early stage, symptoms are atypical of PD motor symptoms, as mentioned above.

However, these initial PD symptoms are also found in other disorders. Therefore using conventional methods, accurate diagnosis at this stage is tremendously challenging.

This phase presents the earliest measurable motor control changes. Unfortunately, the person is likely to be the only one noticing these new signs. The disease can be found in the brainstem.

Here, the symptoms include more noticeable motor disorders, such as tremors, rigidity, and shuffling.

Advanced stage patients may show evidence of the disease in the hippocampus and the cerebral cortex. These brain regions control memories as well as thinking and planning, respectively.

PD is known for its movement disorders at first. However, in later stages, the permanent damage extends beyond the substantia nigra to memory areas in the hippocampus and cerebral cortex. As these additional brain regions degenerate, dementia symptoms may follow.

Here are details of each key symptom:

The person may develop micrographia, aka small handwriting. Therefore, it’s a good idea to regularly take and compare writing samples to detect if the writing is shrinking.

One of the most recognizable signs of Parkinson’s is tremors. Watch for twitching of hands, fingers, or feet. The person will notice this first sign before others do.

As the disease progresses, the shaking could become worse. Others will likely notice the tremors at this point. It’s worth noting that medicine, stress, injuries, and extreme physical work-out can also cause tremors.

Sleep problems are normal from time to time. However, excessive tossing and turning could be an early sign of PD. Here are some examples:

Other diseases can cause movement symptoms besides Parkinson’s. So it’s challenging for doctors to accurately diagnose based only on these problems.

The following voice changes can be early signs of Parkinson’s:

The human face has 43 muscles to help express emotions. The brain controls these muscles via the nervous system. Unfortunately, people with Parkinson’s often develop an expressionless face, known as hypomimia or Parkinson’s mask.

Between 80-90% of PD patients also develop non-motor symptoms. These include fatigue, cognitive decline, and mood changes. Here are a few examples:

Severe lightheadedness could cause fainting or blackout. Increased dizziness could be a sign of Parkinson’s.

Some patients develop hyposmia (reduced sensitivity to scents) or anosmia (loss of smell). For some people, these are early signs of Parkinson’s. For others, these symptoms don’t develop until years after the traditional motor symptoms emerge.

Some patients also experience gastrointestinal issues, including constipation. It occurs when the disease slows the digestive system’s automatic movements.

Parkinson’s can cause bladder problems, leading to urine control difficulty.

Fatigue is a common PD symptom.

Some patients also experience weight loss, which often occurs in the later stages.

Parkinson’s could bring mood disorders, such as depression, fear, or anxiety. Some patients also experience personality changes, including impulsive behaviors and hypersexuality.

Parkinson’s could diminish eye movement abilities, such as slow blinking, which leads to dry eyes.

Understanding PD warning signs can help people know when to seek early care. In addition, there is a useful Parkinson’s research/treatment center directory that we created for the community.

PD is driven by an accumulation of alpha-Synuclein aggregates in the brain called Lewy Bodies.

What is a Lewy Body?

A Lewy Body is composed of misfolded Synuclein plus other cellular proteins and lipids.

Synuclein is a biomarker for PD. Produced by most brain cells, Synuclein is found abundantly throughout the brain.

With PD, the initial damage takes place in the substantia nigra region, where high concentrations of the neurotransmitter dopamine are produced. Dopamine helps initiate and control voluntary movements.

As the disease progresses, the first wave of prions corrupts other healthy proteins, causing widespread misfolding.

During this asymptomatic stage, misfolded Synuclein damages the brain silently. This goes on for years, sometimes even decades!

To end Parkinson’s, we must stop what drives it.

Approximately 10-15% of PD patients carry genes that may be responsible for the disease. In addition, these individuals may have one or more first-degree family members with PD. Such a family history increases the risk.

Genes that can increase the disease’s probability include SNCA, LRRK2, PARKIN, PINK1, and GBA.

Specifically, for people carrying mutations in the GBA-1 or LRRK2 genes, their risk increases significantly. The action mechanism for these genes is not yet entirely understood. However, both of these genes may be involved in the accumulation of misfolded proteins.

Both mutations increase the level of Misfolded Synuclein, upping the risk of Parkinson’s.

Athletes who suffer from multiple head injuries have an increased risk of PD. Particularly professional players in basketball, boxing, and football.

Both internal and external environmental factors play a role in Parkinson’s risk.

For some people, the disease originates from toxic bacteria in the gastrointestinal (GI) tract. Certain bacterial strains may promote Synuclein misfolding in the gut. The misfolded Synuclein travels via the vagus nerve from the intestines to the brain. People who have had their vagus nerve removed show a decreased risk or delayed onset of Parkinson’s.

Long-term exposure to environmental toxins may increase the risk of Parkinson’s. Here are some examples:

Is PD an Old Person's Disease?

People in their 70’s experience PD symptoms over 100X more than those in their 40’s. However, the process of brain protein misfolding began in early adulthood.

Athletes with multiple head injuries in their 20’s and 30’s have increased risks.

Muhammad Ali is a notable example.

About 5% of all Parkinson’s patients are diagnosed with early-onset. For example, the NBA player, Brian Grant, was diagnosed at age 36.

His organization inspires people living with PD to exercise as part of their treatment plan. 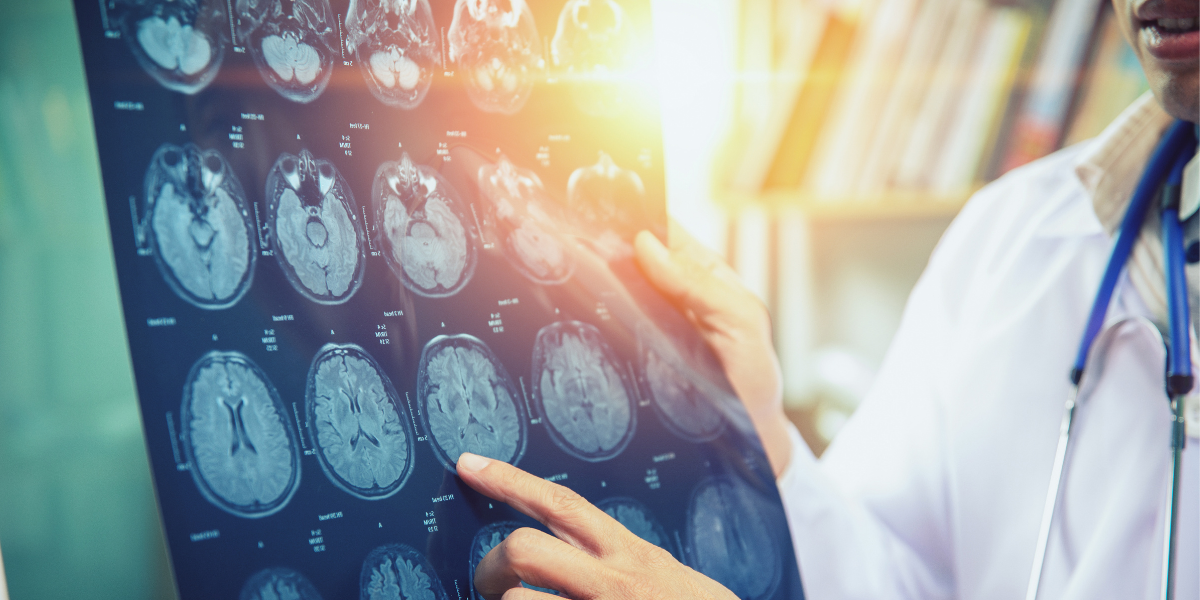 Ironically, PD’s symptoms appear after much of the brain has been irreversibly damaged. Therefore, clinical diagnosis is at a late stage.

It’s no surprise that Parkinson’s looks like a disease of the elderly.

Beginning of the End PD

Thanks to scientific innovations, the SYNTap Biomarker Test is here! This breakthrough test identifies misfolded Synuclein in the brain.

Doctors can order the SYNTap Test to diagnose Parkinson’s accurately.

Conservatively, 1 in 4 PD patients is misdiagnosed initially. So why is diagnosing PD such a daunting challenge?

A critical factor is that many symptoms of other movement disorders also look like PD early symptoms:

In addition, these symptoms overlap with normal aging signs. This confusion makes a molecular-based diagnosis of the utmost importance. It gives us a fighting chance to detect and treat PD before the brain suffers widespread damage.

PD patients diagnosed at early and intermediate stages respond initially to drugs such as Levodopa and Carbidopa.

Sadly, long-term treatment using these drugs leads to severe side effects, including nausea, confusion, and involuntary movements. Also, they have diminishing benefits over time.

So far, there is no cure yet for Parkinson’s. So the key lies in early detection and preventive care through exercise, diet, and lifestyle changes. Effective disease management gives people quality of life!

With biomarker testing, we’re now racing to a cure!

PD affects men more frequently and severely than women. For instance, about 65% of patients are men.

Parkinson’s affects men more frequently and severely than women. About 65% of Parkinson’s patients are men.

On the flip side, this PD gender bias is reversed in Alzheimer’s, affecting women more frequently and severely.

Did you know that a diet rich in vitamins C and E may reduce the risk of Parkinson’s?

Can Parkinson's be cured or treated?

At present, there are no treatments that can restore the neurons or their connections. However, several treatments can substitute for the lost cells temporarily.

Substantia nigra cells produce and release large amounts of dopamine. L-DOPA is a precursor drug converted in the brain to dopamine. Thus, they can restore some lost functions.

In addition, the cells' electrical activity in substantia nigra can be mimicked. This is done by embedding thin wires in the region where signals have been lost.

Can Parkinson's cause dementia?

Short answer - Yes. PD patients can progress over time to dementia which further complicates the motor symptoms. In addition, some patients show early dementia signs when motor symptoms appear. In some patients, dementia associated with PD is difficult to distinguish from Alzheimer's. This is why we view Parkinson's and Alzheimer's as the Parkinzheimer Spectrum disease.

What are the early signs of Parkinson's?

The earliest PD signs are distinct from the typical Parkinson's motor symptoms. These include constipation (not linked to other known problems), sleep disorders (mainly associated with rapid-eye-movement REM sleep), and loss of smell and taste. For individuals with one of these symptoms, about 60% go on to develop PD within 10 years. 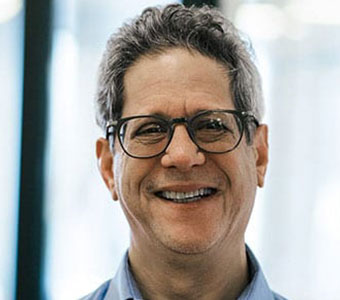