LBD, aka Dementia with Lewy Bodies (DLB), is a neurodegenerative disease. It’s the second most common type of dementia after Alzheimer’s. About 1.4 million people in the US and 10+ million worldwide suffer from it.

Let’s start with the name. Lewy is named after scientist Dr. Fritz Lewy. In 1912, Dr. Lewy was researching Parkinson’s Disease (PD). He noticed deceased patients had unusual clumps of proteins in their brains. These clumps were then named Lewy bodies. Back then, Lewy bodies were associated exclusively with PD.

Then in 1976, Dr. Kenji Kosaka first identified LBD as a unique disease. Both PD and LBD patients have Lewy bodies as a pathological signature.

LBD is an elusive and lesser understood brain disease than Alzheimer’s and Parkinson’s. It affects cognitive and movement abilities progressively.

Lewy Body Dementia results from the toxic accumulation of misfolded Synuclein in the brain’s neocortex. <Whoa! That’s super science-y. Let’s help unpack it for you!>

Synuclein is a protein produced by most brain cells and found abundantly in the brain. Occasionally, healthy proteins can change their structure and become what’s called misfolded proteins, aka prions.

Misfolded Synuclein may induce other normal Synuclein to misfold. As these prions self-replicate and accumulate in the brain, they form Lewy bodies.

This short video explains prions, which play a significant role in LBD.

Why Lewy bodies form is still unknown. What we know is that misfolded Synuclein causes the build-up of Lewy bodies, which leads to LBD.

The gene ApoE4 increases the risk for Alzheimer’s. It is also a major risk factor in LBD.

Having two or more immediate family members with LBD means a higher risk for the individual. This can be due to epigenetic or genetic links, which are little understood at the moment.

Similar to other brain diseases, aging also increases the risk of LBD.

The motor symptoms in LBD patients are a result of brain cell death in the midbrain. This happens also in Parkinson’s patients.

What causes cell death in both cases? Toxic build-up of misfolded Synuclein.

What causes these proteins to misfold is unknown at present.

LBD initially presents as an atypical Alzheimer’s with motor control issues. Also, LBD can sometimes present as an atypical Parkinson’s with cognitive symptoms.

One striking early sign of LBD is hallucinations. These are often visual hallucinations but can also be sound, smell, and/or touch hallucinations! These symptoms often recur and are uncharacteristic in patients with pure Alzheimer’s or Parkinson’s.

There are four stages in LBD:

A common symptom in LBD patients is physically acting out their dreams, including punching, kicking, and yelling. As a result, falling out of bed often occurs. This condition is called REM sleep behavior disorder (RBD).

A condition associated with the lack of motivation and indifference to one’s surroundings. Apathy is common with LBD patients.

LBD patients can struggle to differentiate what is real and what is not. For example, they might believe people are out to get them when people are just trying to help in reality.

Older adults often find concentration becomes increasingly difficult. This is far more pronounced in people with LBD, but with a twist! For instance, they may be able to concentrate on a complex matter but yet, struggle with a simple task.

Did you know your face has 43 muscles to help express your emotions? Through the nervous system, the brain controls these muscles to respond accordingly. Unfortunately, LBD patients often develop hypomimia, also known as Parkinson’s mask. This means a completely expressionless face.

Lewy body dementia causes balance loss due to the patient’s diminished ability to judge distance and depth. This leads to stumbles and falls, resulting in broken/fractured bones, concussions, and more.

It is painful to witness a loved one undergo changes in personality, which is common in LBD patients. These changes include losing interest in life-long hobbies, becoming repetitive, and lowered general emotional response.

One of the startling characteristics of LBD patients is how quickly and randomly the symptoms shift. They can dramatically change from day to day, hour to hour, even minute to minute.

Our two eyes work together for triangulation, helping us easily judge direction and distance. Unfortunately, LBD patients lose this ability, making it challenging for them to get around. Even reaching for the remote control can be difficult.

LBD patients, similar to people with Parkinson’s, have Lewy bodies. They may also develop plaques and tangles associated with Alzheimer’s Disease.

These overlapping symptoms present an enormous challenge to diagnose accurately. Here is a look at the mixed LBD symptoms.

LBD patients undergo progressive cognitive decline that can be indistinguishable from Alzheimer’s. These symptoms include:

About 15% of LBD patients saw at least five doctors before being accurately diagnosed.

Currently, LBD diagnosis is performed only after symptoms appear. As a result, LBD patients undergo a long asymptomatic stage where the disease spreads silently in the brain.

So when the body shows signs of LBD, it’s late stage. The brain has suffered irreversible damage over a long period of time. Consider the case of Robin Williams.

Our beloved screen legend, Robin Williams, only received confirmation that he had suffered from severe LBD after his autopsy.

Our breakthrough SYNTap™️ Biomarker Test is poised to transform this sad reality through accurate early detection. 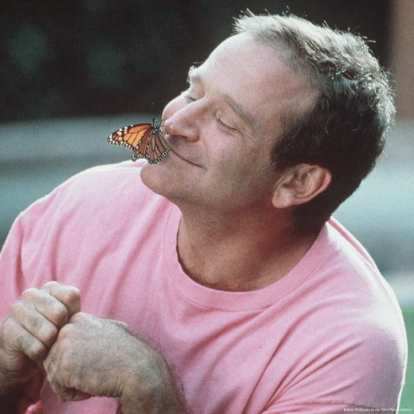 Our beloved screen legend, Robin Williams, only received confirmation that he had suffered from severe LBD after his autopsy.

Our breakthrough SYNTap™️ Biomarker Test is poised to transform this sad reality through accurate early detection.

80% of LBD patients are misdiagnosed because of mixed disease symptoms.

Why is the detection of LBD so challenging? The overlapping clinical symptoms of LBD make accurate diagnosis nearly impossible using traditional methods. Consider the following scenarios: 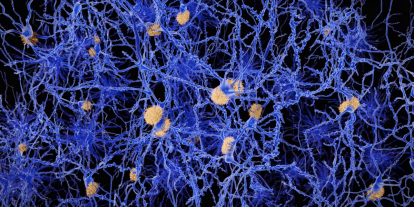 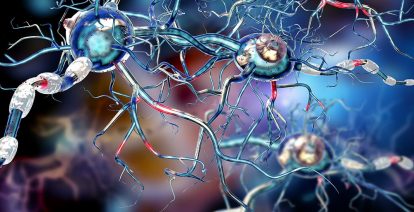 Let’s say these patients develop dementia signs after more than one year. Then, doctors likely change the diagnosis to Parkinson’s Disease Dementia (PDD).

Interestingly, if the above scenario happens within one year, doctors likely change the diagnosis to LBD.

As you see in these examples, clinical diagnosis of brain diseases is subject to change as symptoms evolve.

Keep in mind real-life cases are often much more complicated and challenging.

Due to LBD’s elusive nature and shifting symptoms, accurate diagnosis based exclusively on symptoms is near impossible.

The frequent inaccurate diagnosis exasperates patients, loved ones, and the care team.

Misdiagnosis can harm patients due to drug treament side effects.

Beginning of the end for LBD

Thanks to scientific innovations, the SYNTap Biomarker Test is now available. This test identifies misfolded Synuclein, the driving prion in LBD.

Doctors can order the SYNTap Test to diagnose LBD accurately.

Currently, no drug can cure LBD. However, some medicines aim at improving symptoms.

Due to these harmful side effects, Early Detection is key.

Using this extra time proactively, the patient and the care team can: